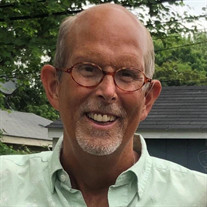 Christopher Brad Schooley, DO, age 60, of Royal Oak, passed away October 27, 2021. Beloved husband of Angela (née Kowalewski). Loving father of Cara, Meghan, and Grace. Dear son of Dianne Schooley; brother of Thomas (Lisa) Schooley Jr.; and brother-in-law of Stephanie Schooley. Also survived by his nieces and nephews: Baxter, Claire, Connor, Emma, Grace, Amber, Amanda, Savannah, Kyle, Darrick and Hailey. Predeceased by his father, Thomas Schooley Sr. and his brother, Gregory Schooley. Christopher attended Oklahoma State University for both his undergraduate studies and medical school. He completed his residency at Botsford General Hospital in Farmington, and his fellowship at both Botsford and the University of Michigan Medical Center. He then practiced for many years in cardiology at various Detroit area hospitals, earning the trust and appreciation of so many patients. Christopher was a genuine cowboy who in his younger years spent many summers working on Tulsa ranches. Here in Detroit, it was more in his dress that he held true to the role—he would wear a cowboy hat and boots just about anywhere and everywhere, no matter who else was (or wasn’t) wearing the same. One of his favorite pastimes was watching movies. His huge collection of videos was more akin to a Blockbuster outlet than a personal hobby, and his favorite game was to guess which movies a particular actor had previously starred in—a game he rarely lost. His favorite movie was undoubtedly Armageddon. Beyond his movie hobby, he was particularly fond of the family dogs, and he was almost never without a Diet Coke in his hand. Most of all, Christopher was a true family man and the ultimate provider for those who were closest to him. He had always wished for a home full of daughters, and the universe did not disappoint. He loved spending time with his girls, especially taking them on shopping trips to Somerset and other nearby spots, with lunch together always a cherished highlight. Christopher was deeply loved and will be dearly missed by his family, friends, and patients alike. Visitation will take place on Monday, Nov 1, from 2 – 8 p.m. (Rosary 7:00 p.m.) at Wm. Sullivan & Son Funeral Home, 705 W. 11 Mile Rd. (4 blocks east of Woodward), Royal Oak. Funeral Mass will take place on Tuesday, Nov 2, at 10:00 a.m. (visitation 9:30) at National Shrine of the Little Flower Basilica, 2100 Twelve Mile Rd., Royal Oak. The Funeral Mass will also be livestreamed at www.ShrineChurch.com. Share a memory at www.SullivanFuneralDirectors.com.

The family of Christopher Brad Schooley, DO created this Life Tributes page to make it easy to share your memories.

Christopher Brad Schooley, DO, age 60, of Royal Oak, passed away...

Send flowers to the Schooley family.