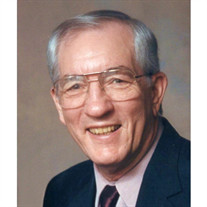 Daniel Thomas Hedge, 82, longtime resident of Royal Oak, passed away peacefully on Thursday, June 17. Dan enlisted in the Navy after his high school graduation and served four years on the USS Bordelon. After his discharge from the Navy, Dan... View Obituary & Service Information

The family of Daniel Thomas Hedge created this Life Tributes page to make it easy to share your memories.

Send flowers to the Hedge family.