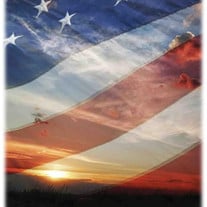 Felix Joseph "Blackie" Blaquiere, age 97 of Clawson, passed away Tuesday, April 7, 2020 at home. He was born Tuesday, November 28, 1922 in Atholville, New Brunswick, Canada to Emile and Anna Blaquiere. Mr. Blaquiere served proudly in the US Army during World War II. Blackie worked at the Carmet Company for 35 years and for the KCK Tool and Die Company for a number more. He was a member of the Berkley and Clawson American Legions for over 50 years. He loved sports especially University of Michigan football and Detroit Tigers baseball. In his younger years, he was bowler and golfer and in his later years, he enjoyed a good walk. He was a wonderful man who liked all people and he enjoyed being with them. He will be greatly missed. Surviving him are his children, Phyllis Blaquiere and Phillip Blaquiere; grandchildren, Donna Houghton and Diana (Steve) Sutton; and many loving friends and family. He is preceded in death by his loving wife, Jeanne Marie; his sons, Paul "Buddy," Peter, and Patric; his parents; and siblings, Lucy (Art) VanEssen, Herman (Henrietta "Tiny") Blaquiere, Albert (Cecile) Blaquiere, Marcel (Rita) Blaquiere, and Claire (Dan) Lisek. Family and friends will gather on Saturday, October 9, from 10:00 am until time of memorial service at 11:00 am at Wm. Sullivan and Son, 705 W. Eleven Mile Rd. (4 blks east of Woodward), Royal Oak, 48067.

The family of Felix Blaquiere created this Life Tributes page to make it easy to share your memories.

Send flowers to the Blaquiere family.