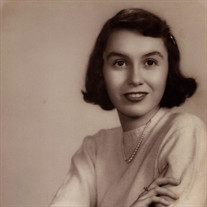 Janet Spohn Kaehler. Age 90. Resident of Rochester Hills since 1979. Born in 1931 and passed away on March 2, 2022, Ash Wednesday. Janet was a Christian, and Ash Wednesday is a fine day to meet up with the Lord. She was a teacher in her 20s, teaching in France for the Department of Defense and for children of Service families stationed overseas. She returned to teach elementary school in Royal Oak, and met and married Fredric Kaehler, a young Chrysler Engineer going places. They had two children, Catherine and Fredric Earle. Janet was married to Fredric for 52 years. Over the years they resided in Royal Oak, Port Huron, Sao Paolo, Brazil, briefly in Wisconsin, and finally settled in Rochester Hills, living at several different addresses along the way. Her beloved summer retreat at Gallimere Beach, Ontario, over-looking Lake Huron, was one of her favorite places. The Spohn family vacationed there since the early 40s, when her father was serving overseas in WW2, in the Pacific Theater. Janet is survived by her daughter Catherine Kaehler (William) Koch, her son Fredric Earle (Laura) Kaehler, her brother Earle W. (Tisa) Spohn, her sister-in-law Rita Kaehler, and her brother-in-law Robert Randolph. She loved her grandchildren dearly: Cooper, Payton and Walker Koch, and Jillian and Sydney Kaehler. She leaves behind many nieces and nephews, and their families: Daedra Kaehler, Robert Randolph, Ann Becker, Holly Gross, Heather Baron, Heidi Jenney, Megan Blackport, and Andrew Spohn. She was a force of nature and a spark of energy. She loved arranging games and providing directives; skills she gleaned from teaching on an Army base in France, and maybe from her father Major Spohn. Visitation will be on Saturday, March 26 from 1:30 pm to 2:30 pm, with a service at 2:30 pm, at the William Sullivan and Son Funeral Home, 705 W. 11 Mile Rd., in Royal Oak, Michigan. Private interment at Oakview Cemetery, Royal Oak. Memorial contributions may be made in her name to Central Woodward Christian Church, where she was a member since 1979, and where she loved to sing with gusto during Sunday service. Share a memory at www.SullivanFuneralDirectors.com.

Janet Spohn Kaehler. Age 90. Resident of Rochester Hills since 1979. Born in 1931 and passed away on March 2, 2022, Ash Wednesday. Janet was a Christian, and Ash Wednesday is a fine day to meet up with the Lord. She was a teacher in her... View Obituary & Service Information

The family of Janet Kaehler created this Life Tributes page to make it easy to share your memories.

Send flowers to the Kaehler family.