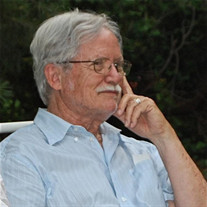 John S. Hooper was born January 21, 1938. He was the eldest of three sons born to John and Kathleen FitzGerald Hooper in Boston, MA. When he was 6 months old, his Dad was transferred to Michigan by the railroad company and the family moved to Michigan. His family lived in Wyandotte and then Lincoln Park, towns downriver from Detroit. From ninth grade, John began attending the Sacred Heart Seminary in Detroit, Michigan, where he graduated from both high school and college and was valedictorian for both classes. He then attended the North American College in Rome, Italy, and on December 18, 1963, was ordained to be a Catholic priest in Rome. Upon his return to Detroit, John was a priest for the Archdiocese of Detroit and was assigned as associate pastor at St. Paschal Parish in Taylor, Michigan, where he served for a few years. John also taught at Cardinal Mooney High School, which was the high school at Sacred Heart Seminary. In 1969, John was assigned to the Vicar for Parishes Office where he ministered for five years. During the early 1970s John was the priest member of the Anawim small faith community in Grosse Pointe. In 1974, John chose to take his pastoral ministry in another direction. He did community organizing with Pontiac Ecumenical Ministry (PEM), where he continued to work through much of the 1980s. In 1988 John co-founded the McGehee Loan Fund for the Episcopal Diocese of Michigan and served as its first Executive Director until his retirement in the early 2000s. The fund accepted donations from individuals and groups and made loans to small businesses not eligible for loans from banks. John was also very active in the Episcopal Network of Economic Justice (ENEJ). As one of his colleagues put it, "John was the historian and intellectual voice in the Episcopal Network for Economic Justice. He is the hero of economic justice." Following retirement in 2003, John continued his social justice activism and ministry, cofounding Catholics for the Common Good, as well as, the Gloryland Housing Committee at Gesu Church in Detroit. He also co-authored Gesu's Welcome Statement and was very active in Gesu's Peace and Justice Committee. John was a family man. In 1975, John married Patricia Harrington, and at John's passing they were married for nearly 47 years. In the early years, they lived in Pontiac, Michigan where they raised their child, Marty Hooper. In 1998, they moved to the University District in Detroit, Michigan, where he lived for the remaining 24 years of his life. John was a kind and gentle man and very active in all of the communities where he lived and parishes he attended. He continued to be pastoral, officiating at wakes and weddings for family and friends, and acting as a spiritual counselor to many. John passed peacefully on March 24, 2022 after living several years with dementia. John is survived by his wife, Patricia Harrington, his son Martin "Marty" Hooper (Yeny Pardini), granddaughter Chloe "Cece" Hooper, his brother Gilbert "Gil" (Danielle), his nieces Michelle Hooper (Andy Hignite) and Mary Irwin (Jason), and sister-in-law, Kathie Hooper (the late Thomas "Tom" Hooper), and in-laws Mary Margaret Beland (the late Marcel Beland), Kathleen Nolan and Jack Harrington (Ann Harrington), as well as many nieces and nephews. Arrangements: To celebrate John's long and impactful life, the family is planning memorial visitations at the family home in the University District on the evenings of May 12 and May 13 from 6 - 9 pm. A Memorial Mass will be held on May 14 at 2:00 pm at Gesu Church in Detroit. The Mass will be live streamed and followed by a luncheon. We request that all guests, regardless of vaccination status, take a rapid COVID test within 24 hours of attending the wake and/or funeral. Thank you for helping us make this a safe event. In lieu of flowers please make donations to the Hannan Center, 4750 Woodward Ave., Detroit, MI, 48201. The Day Break program at the Hannan Center was very impactful to John and his family. During the last 9 months of his life, John participated in this day program designed for persons living with dementia. The staff and other participants loved him and he made many great friends there.

John S. Hooper was born January 21, 1938. He was the eldest of three sons born to John and Kathleen FitzGerald Hooper in Boston, MA. When he was 6 months old, his Dad was transferred to Michigan by the railroad company and the family moved to... View Obituary & Service Information

The family of John Hooper created this Life Tributes page to make it easy to share your memories.