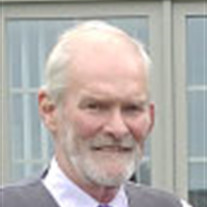 John Edward Townsend of Macomb Township, MI, lost his battle with cancer on January 16, 2022, he was 70. John was in-home hospice and died at his home surrounded by his wife of 31 years and their daughter Ali. John was born on February 6, 1951, in Mt. Clemens, Mi to the proud parents Lenore and Frank Townsend. John was the second oldest of 6 kids; he had three brothers and two sisters. He graduated from Fraser High School in 1969. John and Debby met at work in 1986 and became very good friends. A few short years later, they realized their relationship blossomed, and on July 21, 1990, they were married. Their family grew from 4 to 6 people within a few short years of being married. John was a loving husband to Debby who he adored. He was a devoted Dad to their 4 children, Jamie (Paul) Wiley, John (Aleida) Townsend, Adam Townsend, Ali (Kyle) Skerbe. And a Grandfather to 8 Grandchildren, Owen, Teagan, Jessica, Brianna, Joey, Angelina, Johnny (Duce), and Nicklas. He was a great furbaby Dad to Keeley and Chassy. John volunteered his time for many years as a Soccer Coach in AYSO, Travel Hockey Coach, and Roller Hockey Coach. He volunteered his wife to be the manager of all the teams; he coached. John and Debby's date night was playing hockey in the adult leagues with the parents of the kids he coached. John was an avid golfer and taught his wife how to play golf, and for 31 years they golfed together. The younger kids followed and were involved in golf, and it became a family affair. John and Debby took the kids skiing every year over the holiday break; it was just another way to spend time together as a family. John played Santa every year for their younger kids, and at the Christmas party for the kids, he coached. John is preceded in death by his parents, Frank and Lenore Townsend, Brothers Frank, Fred, and Jim Townsend, Sister Julie Taylor. John is survived by his wife, Loving Wife DebbyTownsend, his 4 children, his sister Robby (Larry) VanHollebeke of North Carolina, Sister-In-Law Barb Townsend of Commerce Township, and many loving nieces and nephews. He was loved by many and will be greatly missed! A visitation will take place on Friday (January 21st) at the Wm. Sullivan and Son Funeral Home 8459 Hall Rd. (3 Blks. East of Van Dyke) from 11am until the time of service at 6:30pm. Memorial Contributions: American Cancer Society OR the American Lung Association. American Cancer Society, Metro Detroit Area Service Center, 20450 Civic Center Drive, Southfield, MI 48076 www.cancer.org American Lung Association, 1475 E. 12 Mile Road, Madison Heights, MI 48071 www.alam.org

John Edward Townsend of Macomb Township, MI, lost his battle with cancer on January 16, 2022, he was 70. John was in-home hospice and died at his home surrounded by his wife of 31 years and their daughter Ali. John was born on February 6,... View Obituary & Service Information

The family of John E. Townsend "JET" created this Life Tributes page to make it easy to share your memories.

Send flowers to the Townsend family.