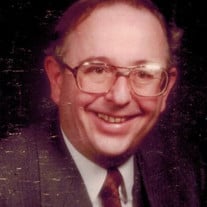 Kurt was born and raised in Rochester, New York. He graduated third in his high school class and attended Valparaiso University, 1957-61, majoring in political science. Kurt was involved in volunteer work during his college years, and after graduation, he worked a summer internship for the Lung Association. That same summer he married Joann Carlson, whom he met and dated at Valpo. He attended Wayne State University in 1961-62 in pursuit of a master's degree. Kurt and Joann moved to Columbus, Ohio in 1962 when Kurt took a position with the Ohio Lung Association. Their daughter Michele was born in December of 1962. Kurt traveled throughout northwest Ohio as a fundraiser until 1965 when he transferred to work for the Lung Association in Connecticut. The family lived in the city of Bristol, where their son Mark was born in August of 1965. The following year, Kurt took a job with the Lung Association in Michigan, working in Mount Clemens. That group became part of the Lung Association of Southeast Michigan, and Kurt worked there at its headquarters in Detroit and then Southfield. Kurt spent his entire career with the Lung Association, rising from a fundraiser to CFO. He retired in 1999. Kurt and Joann were members of Hope Lutheran Church where Kurt played for and managed its softball team. They later joined Peace Presbyterian Church. Kurt and Joann traveled to many locations in the United States to pursue their interest in stamp collecting and on family vacations. Their daughter Michele received a BA and master's degree from Northern Michigan University. She married Matthew Huggins and they have two children, Shawn and Catherine (Sean Dolin). Michele passed away in a motorcycle accident in 2016. Their son Mark received a degree in mechanical engineering from Oakland University. He married Beth Fielding and they have three daughters, Lauren, Rachel and Kristen. In recent years Kurt braved various ailments, including arthritis of the legs and back, and most recently, severe breathing problems. Despite his problems, he was always supportive of his wife and family and sought their endeavors above his. Kurt was taken to his eternal resting place on December 21, 2021. In lieu of flowers, the family requests memorial contributions to the American Philatelic Society https://stamps.org.

Kurt was born and raised in Rochester, New York. He graduated third in his high school class and attended Valparaiso University, 1957-61, majoring in political science. Kurt was involved in volunteer work during his college years, and after... View Obituary & Service Information

The family of Kurt Lenz created this Life Tributes page to make it easy to share your memories.

Kurt was born and raised in Rochester, New York. He graduated...

Send flowers to the Lenz family.