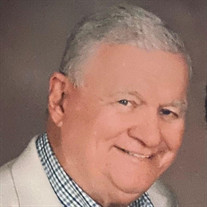 Richard “Dick” Colpaert, age 78, passed away on April 6, 2021. He was born in his grandparents’ farmhouse in Fraser, Michigan in 1943 and raised on his parents’ farm in Sterling Heights where he worked all aspects of his family farming business until graduating from Utica High School in 1961. Dick was drafted out of high school by the Baltimore Orioles baseball organization and began spring training in Appleton, Wisconsin in 1962, after completing one year of study at the Pontiac Business Institute. He played 13 seasons as a pitcher for various minor league teams, ultimately playing in the “Big Show” for the Pittsburgh Pirates in 1970. After marrying his childhood sweetheart, Christine Marie VanDeWeghe in 1964 and having three beautiful daughters together, Dick moved 26 times with his family to places like Hawaii, the Dominican Republic and many other cities across America, finally settling in Utica, Michigan in 1971. Once his playing days were behind him, he took a job with General Motors for a short time before returning to his passion and accepting a job as a professional scout for Major League Baseball, where he worked for 30 years before retiring in December, 2006. Even retirement could not quell his love for the game, so Dick accepted a scouting position with the Milwaukee Brewers where he worked another 10+ years before fully retiring in 2020. He was the adoring husband of Christine for their 57 years of wonderful marriage; beloved son of the late Charlie and Bertha Colpaert; dear brother to the late JoAnne (Jeff) Johnsen and Robert Colpaert; loving father of Carol Berman, Carrie (Pete) Cassano, and the late Cathy (Jeff) LaBruzzy; devoted grandfather of Nicholas Berman, Alexis LaBruzzy, Charles LaBruzzy, Jonathan Cassano, Nina Cassano and Thomas LaBruzzy. Aside from his obvious and ever-present love for family, Dick had so many dear friends and touched the lives of countless people throughout his lifetime. He had an extremely strong faith and lived a good life. He enjoyed spending time with those close to him, attending the events and activities of his grandchildren, playing golf, and traveling (his favorite destination being “up north” to visit friends and relatives in the area, especially his brother Bob). He was truly a wonderful man who will be missed by many. Visitation will be held on Sunday, April 11th from 1:00 pm – 8:00 pm at the Sullivan & Son Funeral Home, 8459 Hall Road, Utica MI 48317. Funeral Mass will be held on Monday, April 12th at 10:00 am at St. Lawrence Catholic Church, 44633 Utica Road, Utica MI 48317. In lieu of flowers, memorial gifts can be made to Mercy Home for Boys and Girls, 1140 W. Jackson Boulevard, Chicago IL 60607.

The family of Richard Charles Colpaert created this Life Tributes page to make it easy to share your memories.

Send flowers to the Colpaert family.