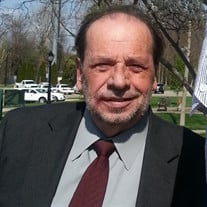 “Coach Bob” LaFountain Bob was born in Detroit in 1949 to Maryann and Robert LaFountain. As the second oldest of six children, Bob looked up to his sister and when his younger siblings were born, they all looked up to him. He often shared amusing anecdotes about his parents and his siblings and extended family and it was apparent to anyone who knew him that his family was the most important thing in his life. It was infrequent that he missed family gatherings and was always the last one to leave the party. After high school, Bob joined the United States Air Force like his father before him. During active duty, he was an Aerospace Control and Warnings System Operator. Not long after his honorable discharge, Bob married and had two children, Anna and Nathan. As a father, Bob was the most dedicated of them all. He never missed a recital, a play, a game or a performance. He started coaching baseball with the Berkley Dad’s Club when Nathan was just 8 and continued with the organization for over 30 years, in many capacities, until his grandsons were old enough to play for the club. He will be deeply missed by those who knew and loved him. No matter what table he was at, he kept it full of conversation and laughter. Bob is survived by his daughter Anna LaFountain (Ben) of Lake Orion, his son Nathan LaFountain (Jennifer) of Parker, Colorado and his grandchildren Dominick, Gabriel, Josephine and Benny, as well as Victoria, Kristina, Daniel and Nathan. His siblings Greg, Renee, Kevin and Jill and his nieces and nephews, Lauren, Kevan and Drew. He has many cousins and family members with whom he shared special bonds and fond memories. Bob is predeceased by his mother, father and sister, Dennise. He has two granddaughters in heaven with him, Scarlette and Bluebird. Though we are all heartbroken that he isn’t here with us, we are relieved that his bodily suffering has ended and that he is up on two legs again in heaven. We carried the love and support that was offered by you all every day with us when we visited him. He was surrounded by love when he left this world. In lieu of flowers, please send memorial contributions to The Berkley Dads' Club. Memorial visitation will take place on Saturday, November 6, from 12:00 p.m. until time of service, 4:00 p.m., at Wm. Sullivan and Son Funeral Home, 705 W. 11 Mile Rd. (4 blocks east of Woodward), Royal Oak. Share a memory at www.SullivanFuneralDirectors.com.

&#8220;Coach Bob&#8221; LaFountain Bob was born in Detroit in 1949 to Maryann and Robert LaFountain. As the second oldest of six children, Bob looked up to his sister and when his younger siblings were born, they all looked up to him. He... View Obituary & Service Information

The family of Robert Mark LaFountain created this Life Tributes page to make it easy to share your memories.

Send flowers to the LaFountain family.