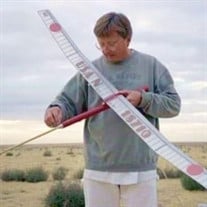 William David “Bill” Shailor, age 65, of Royal Oak, passed away on December 22, 2021. Beloved husband of Michelle (née Parent). Loving father of Paul (Amanda) Shailor and John (Dayna) Shailor. Proud grandfather of Archibald Ernest Shailor. Also survived by many nieces and nephews. Predeceased by his parents, Ernest and Eunice Shailor; and his brother and best friend, Paul. Bill attended St. Mary’s of Redford for High School, University of Detroit College, and earned a JD at University of Detroit Law School. He was the first Shailor in his family to graduate from college and earn a higher degree. He met Michelle in his third year of law school and they were married for over 37 years. He was a lawyer at Secrest Wardle and was well respected within the legal community. Bill was a loving husband to Michelle and a devoted father to his sons, Paul and John. Bill worked hard to provide the best possible life for his family. This included being a loving and supportive father and putting his family above all else. He always made time for annual family vacations that ranged from trips out West in the motor home to trips up North in Michigan. He was a lifelong member of the Detroit Balsa Bugs, a model airplane club. When his father passed away when Bill was 10, the Balsa Bug members were instrumental in his upbringing. This included personal support as well as taking him and his brother, Paul, to model airplane contests all over the country. Bill was a larger than life figure in the free flight community. He dedicated a large part of his free time to running and organizing contests and provided a level headed and rational approach on numerous important committees over his life. Bill was a National Champion in the Wakefield, Moffett, and Mulvihill events. He was always willing to give any support to newcomers to the hobby and did whatever he could to spread the joy of free flight. This also included introducing the hobby to both of his boys who were members of their respective Junior World Teams. Bill recently ran the United States Indoor Nationals contest this past August. In addition to everything above, he was also a master craftsman. He put himself through law school by working full-time as a cabinet maker. When Bill needed something around the house, he would build it. His attention to detail and the precision of his work was something to be marveled at. This extended to the free flight community and all of the model airplanes he built over the years. Throughout his illness, Bill remained positive and always saw the cup half full. He never complained and approached each day as a blessing. He will be deeply missed by his family, friends, and his Golden Retriever, Miller. Visitation will take place on Tuesday, December 28, from 2 - 8 p.m. at Wm. Sullivan and Son Funeral Home, 705 W. 11 Mile Rd. (4 blocks east of Woodward), Royal Oak. Funeral Mass will take place on Wednesday, December 29, at 10:00 a.m. (9:30 visitation) at National Shrine of the Little Flower Basilica, 2100 Twelve Mile Rd., Royal Oak. In lieu of flowers, please consider a memorial contribution to the PKD Foundation: https://pkdcure.org/. Share a memory at www.SullivanFuneralDirectors.com.

The family of Bill Shailor created this Life Tributes page to make it easy to share your memories.