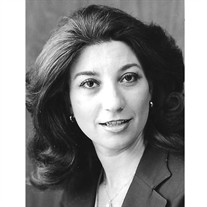 Bernadette Joan Kurkowski, age 75, resident of Royal Oak, MI, passed away in the early morning of November 29, 2021. She was born in Pontiac, MI on October 11, 1946 to the late William and Helen Kurkowski. Bernadette was also preceded in death by her brother Lester Kurkowski, her dear sister Delores Dwyer, and longtime partner, Herman “Willie” Landt. She is survived by her loving sister Loretta Reid, her nephews Victor Reid, William Dwyer, and Michael Dwyer; her nieces Pamela (Reid) Williams, Cheryl (Reid) Southern, Kathleen (Dwyer) Sanchez, Jean, Laura, and Elaine; as well as several great nieces and nephews. A positive, spiritual, and independent woman, “Bernie” was a world traveler, precinct delegate, and one-time bar owner. In recent years, Bernadette devoted her time to the Catholic Church, working from home, and living a simpler life. She cherished family and friends, and never arrived at a social occasion empty-handed. Dessert or a bottle of wine came with her to holiday gatherings, and she was always dressed to impress. She graduated Troy high school in 1964. She traveled the world and even flew on the Concorde to London. She worked as a manager for area businesses, including Hotel St. Regis Detroit and the Troy Somerset Inn. Bernadette was an admirer of the arts and was a longtime supporter of the Detroit Institute of Arts (DIA), the Detroit Symphony Orchestra (DSO), local theatre, and more. Detroit bar-goers of the 1980s and 1990s may recall Bernie and Willie owned and ran Alvin’s Finer Delicatessen and Twilight Bar on Cass, near Wayne State University, which hosted musicians from around town and around the world. Bernadette connected with people – from the homeless to the well-to-do and from local artists to global icons, she fit in and celebrated life. Now her family and friends celebrate her eclectic and cultured life of laughter and luxury, to what became a more sincere and simpler life of faith and forgiveness. Funeral Mass will take place on Wednesday, December 1, at 10:00 a.m. (visitation 9:30) at Assumption Grotto Church, 13770 Gratiot Ave, Detroit. Burial will follow at Holy Sepulchre Cemetery in Southfield. In lieu of flowers, please consider a donation in Bernadette's memory to Assumption Grotto Church in Detroit. Share a memory at www.SullivanFuneralDirectors.com.

Bernadette Joan Kurkowski, age 75, resident of Royal Oak, MI, passed away in the early morning of November 29, 2021. She was born in Pontiac, MI on October 11, 1946 to the late William and Helen Kurkowski. Bernadette was also preceded in death... View Obituary & Service Information

The family of Bernadette Joan Kurkowski created this Life Tributes page to make it easy to share your memories.

Send flowers to the Kurkowski family.